The late Gypsy Ray's photographs reflected her personal interpretation of the building and the traces of occupation from both the Evans’ Home residents and Kilkenny County Library uses. Ray photographed the building interiors and exteriors reflecting vignettes which exposed insight into the lives of the people who had lived there. The live archaeological digs were underway at this time in 2012 and Ray’s photographs give a glimpse of the remains of both the medieval St. John’s Priory and the 18th century military barracks which were precursors to the 19th century Evans’ Home exposed by the archaeological dig. This photography series is a poetic artistic response to a building at a moment in time, before significant reconstruction had begun.

Gypsy Ray (1949 - 2020) was born in Illinois and lived permanently in rural Kilkenny from 2000. Ray’s 2015 solo exhibition at the Butler Gallery featured a cross section of her photographic works (1983-2014). Her work is featured in many public and private collections in Ireland, Europe and the USA. Ray taught third level photography for over twenty years in the United States for institutions such as the University of California Berkeley’s Extension Program San Francisco Centre, San Francisco City College and Cabrillo College. A generous and respected teacher here in Kilkenny, she taught at the Ormonde College of Art Programme, the Kilkenny Women’s Art Project and Kilkenny Collective for Arts Talent/KCAT. 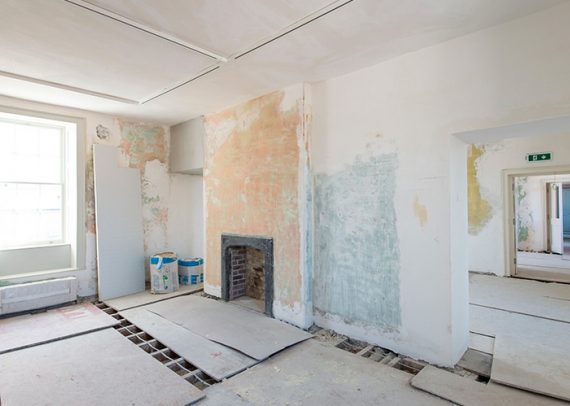