The Kilkenny-born artist Tony O’Malley holds an important and distinguished position in the history of twentieth-century Irish art. His works are represented in the most significant Irish public and private collections, and in important international collections of Irish art.

Jane & Tony O’Malley with their cat Gozo in the garden in Physicianstown, 1998

The Butler Gallery is honoured to have been entrusted to caretake the artworks of Irish artist Tony O’Malley, donated to us by his wife Jane O’Malley upon our move to Evans’ Home. In addition to her own life as an artist, Jane O’Malley has tirelessly been preserving the legacy of the work of her late husband Tony O’Malley. Butler Gallery honours her work and dedicates this wing to the work of both artists.

Tony O’Malley is a highly respected and much-loved artist and a ‘Freeman of the City’ of Kilkenny. Self-taught, his artistic career took off in 1960 when a disability pension enabled him to retire from work as a bank official. This was the start of a most prolific career.

Tony met the Canadian painter Jane Harris in St Ive’s in Cornwall in 1970 and they married in 1973. Regular visits to the Scilly Isles, the Bahamas, St. Lucia and to Lanzarote inspired a range of colour and lush brushwork which married well with his observations of medieval and contemporary Kilkenny. Perhaps because he was self-taught O’Malley was remarkably open to experimenting with new forms of expression and the use of unusual materials.

While he found recognition among his peers during his thirty years among the artistic community of St Ives, Cornwall in the 1960s, 70s and 80s, the serious attention he deserved only came to him following his return to Ireland. In 1990, he settled in Physicianstown in Callan, Co Kilkenny with his wife Jane, and lived and worked there until his death at the age of eighty-nine in 2003.

Jane O’Malley was born in Montréal, Canada, in 1944. From 1969 to 1990 she lived and worked as part of the artists’ community in St. Ives, Cornwall. Jane and Tony worked side by side throughout their life together. Just as she devoted herself to his health care during his lifetime, Jane O’Malley has been hugely responsible for preserving the legacy of her late husband’s work, and has donated this estate to the Butler Gallery. Her own importance as a champion of Tony’s life work often meant that she did not promote her own paintings and prints as she might otherwise have done. Much of her work documents their shared life and the wonderful garden she created around their home in Physicianstown.

Both Tony and Jane O’Malley are represented by Taylor Galleries, Dublin.

Guided Tours of Butler Gallery are available every Saturday and Sunday at 3pm. More details here. 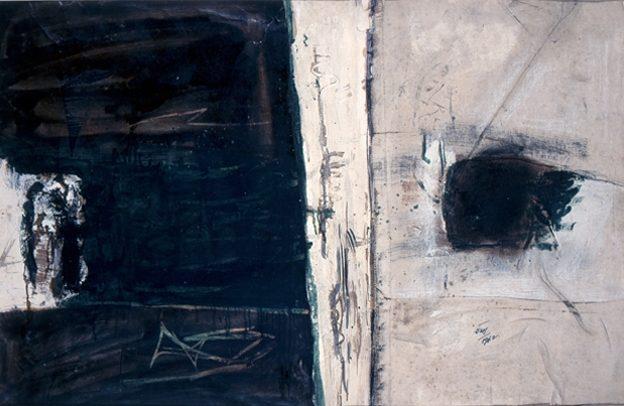