Several archaeological digs were carried out from 2010 onwards as part of the Evans' Home refurbishment. 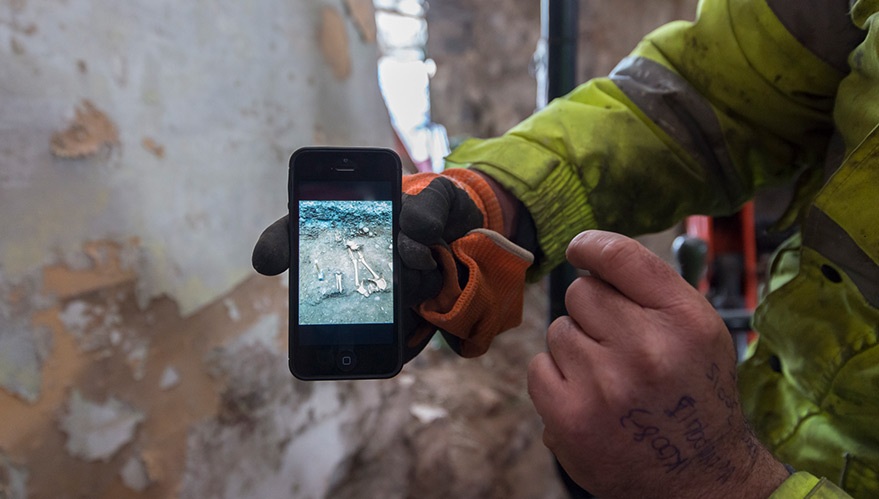 As part of the refurbishment of the Evans’ Home, archaeological digs were commenced in 2010. These digs sought to confirm the locations of the buildings previously on the site. The biggest discovery was unexpected with 150 medieval burials found when the gas connection was dug along Barrack Lane in 2018.

The early archaeological digs from 2010 onwards carried out at the Evans’ Home site, established the orientation of various parts of the former Augustinian Priory of St John the Evangelist, and an 18th century military barracks. The archaeologists found pottery and remains of meals dating from both of these buildings, along with evidence that one building was built on top of another, using the stone from the previous building. The discovery of human remains underneath Barrack Lane in 2018 required an extensive dig to fully excavate the burial site. These burials date from the 13th or early 14th century, leading us to believe that the original St. John’s Priory, dating back to 1240, extended through Barrack Lane.