Exhibitions
Donate €5 and help us keep our exhibitions free

In the past few years, Clear has made a shift in her practice and broadened out into more abstract ideas of structure, stability and failure. The recent drawings describe structures that are untenable, and ambiguous as to their beginning, middle and end. The process begins with the making of small-scale simple wooden structures that are intuitive and quickly constructed and reference architectural models. Studio lights cast two-way shadows of the models back onto paper, which are then drawn in pencil. Clear expands upon her process:

When the structures are taken away there is a gap in perspectival logic, which makes the drawings difficult for the eye to interpret. There is also a good deal of repetition in the work; repetitive pencil marks and repetition in the making of the models, where there is a potentially infinite supply of different solutions in a never-ending pursuit of an impossible or undeclared goal.

Clear has become interested in the use of projection to generate large wall drawings. This led her in a whole new direction, involving screen and moving image, and ultimately towards the use of animation to fulfil new ideas. In a work entitled ‘Blueprints’, three structures revolve through space in a stop-go animation. In its making each element has been drawn, rubbed out and drawn again, moving slightly each time. Eventually the drawings form a loop and appear to be revolving again and again, with each individual drawing leaving a trace, referencing the handmade.

A large-scale drawing ‘here’s the thing’ flowed down the wall and out onto the gallery floor leading the viewer inwards to consider its multiple drawing propositions. The varied structures, which have become more complicated and self-contained over time, cast myriad shadows back onto the drawing, distorting our perceptions. It is not clear where light ends and wall begins.

In Drawings Plans Projections, we survey Clear’s ideas at work and at play, punctuating the galleries with experimentation, whimsy and skill.

Felicity Clear is from Greystones, Co. Wicklow but lives and works in Dublin. After receiving a degree in Natural Science from Trinity College Dublin, she went on to study Fine Art at the National College of Art and Design from which she graduated in 1991. She received an MA in Visual Arts Practice in 2007 from Dun Laoghaire College of Art and Design. Clear has exhibited widely both nationally and internationally and has had solo exhibitions at the Rubicon Gallery and The Lab in Dublin, the Mermaid Arts Centre in Wicklow, the Galway Arts Centre, and The Drawing Project, Dún Laoghaire. She has also been included in group exhibitions at Limerick City Gallery, Crawford Art Gallery, Irish Museum Of Modern Art, National Gallery Of Ireland, Contemporary Arts Society London and the Shanghai Contemporary Art Museum. Her work appears in many private and public collections including, the Arts Council Of Ireland, Goldman Sachs UK, KPMG, Office Of Public Works, Dublin Institute Of Technology, RTÉ, Tralee RTC, Allied Irish Bank, Irish Contemporary Arts Society and private collections. 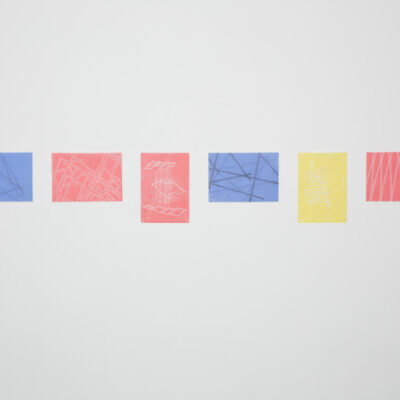