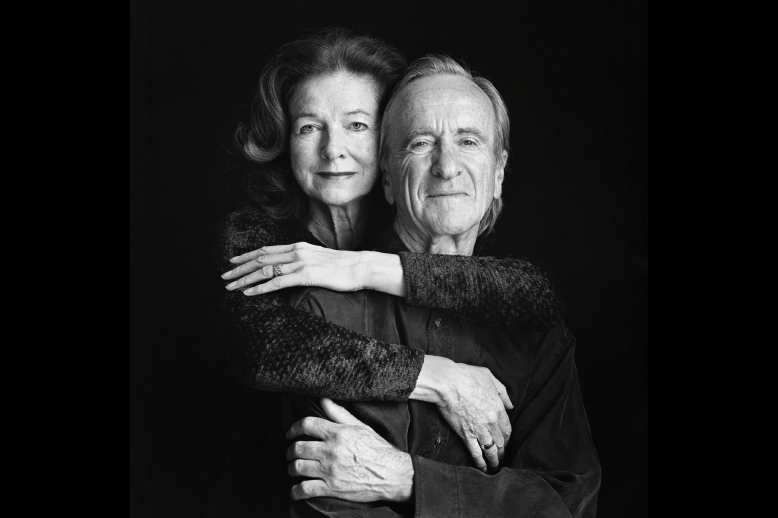 The Butler Gallery was honoured to present a group of works that were recently donated to the gallery’s Permanent Collection under a cultural bequest from the estate of Seán and Rosemarie Mulcahy. This special group of works included small sculptures by Eilis O’Connell and Ian Stuart, works on paper by Nathaniel Hone, Cecil King, James O’Nolan, Tony O’Malley, Camille Souter, Donald Teskey, and paintings by Basil Blackshaw, Hughie O’Donoghue, Nano Reid and Bennie Reilly and a photograph of the glamourous couple by Amelia Stein. Seán and Rosemarie were avid collectors and lived in an art filled home on Leeson Park in Dublin. They attended many openings here at the Butler Gallery over their lifetime and had friends and family living in Kilkenny where they visited often.

Bernice Harrison wrote in The Irish Times in September, 2018: “As a couple they were well known figures in the city’s art and heritage circles. Rosemarie was an internationally renowned Spanish art specialist and a popular professor at UCD. Her unusual career trajectory began when, while a teenage student in Spain, she started modelling for Balenciaga, a career that then took her to Paris. Returning to Dublin on the death of her father, she modelled for couturier Ib Jorgensen, and it was during one of his fashion shows that she caught the eye of engineer (and later artist) Seán Mulcahy. The pair married and entertained artists, academics and writers in their Leeson Park home, which they filled with art, colour and decorative objects picked up on their travels. Rosemarie died suddenly in 2012, while in her 70s and on her way to her flamenco class; Seán, who lived on into his 90s, died in 2018.”

Seán Mulcahy was both an engineer and an artist and exhibited in Ireland, Scotland and the USA and this bequest includes a work by him entitled Placescape IX from an exhibition he had at the Olivier Cornet Gallery in 2012. It shows landscapes inside worlds of textured colour that are composed and controlled.

Seán Mulcahy (1926-2018) had an important international practice that included partnerships with Jorgen Varming for most of his working life. His impressive engineering career spanned almost the entire second half of the 20th century from the post-war years right up to the early dawn of the Celtic Tiger era. He was involved with many notable buildings including Ireland’s first major post-war building Aras Mhic Dhiarmada, better known today as Busaras, the Chester Beatty Library, Coventry Cathedral, St. Catherine's College, Sydney Opera. Mulcahy enjoyed strong working relationship with architects and was acknowledged at the end of his career with Honorary membership of The Royal Institute of the Architects of Ireland/RIAI.

Rosemarie Mulcahy (née Scully) (1943-2012) had an enduring relationship with UCD, graduating with a BA in 1973 and later teaching an annual module in the Department of History of Art (now the UCD School of Art History and Cultural Policy). At the time of her death she was Adjunct Professor in Art History, a role she had fulfilled for a year. Described by colleagues as a "generous and popular teacher", she was also a Visiting Professor in Renaissance Studies at Smith College, Northampton, US in 2009. Rosemarie was a distinguished ambassador for Spain in Ireland and was an authority on Spanish art both in Spain and internationally. She published in the Burlington Magazine, Apollo and Archivo Español de Arte, and is the author of the catalogue Spanish Paintings in the National Gallery of Ireland and Navarrete el Mudo, Pintor de Felipe II. She was an honorary associate of the Hispanic Society of America, an honorary member of the Royal Hibernian Academy and an honorary senior fellow in the Department of the History of Art in University College Dublin.