Berlin-based Irish artist Adam Fearon makes sculptural installations using varied materials including aluminium, silicon, steel mesh and pvc interspersed with elements of technology such as screens and single chip computers. Fearon’s recent work has focused on the idea of relief sculpture as a frame for exploring our interactions with technology. Relief sculptures can be seen as both image and surface simultaneously, revealing the haptic and tactile qualities of our use of technology. Fearon is interested in the skewed contracts we make with technology. The screen is a barrier between lived human experience and the abstraction of the digital realm. Also in question is our relationship with contemporary forms of surveillance, facial mapping, touchscreens and ‘interactivity’, and how these innovations relate to the internalisation of social models and ideas.

The exhibition centred around a video installation in which a spoken narrative about myth, language, etymology and technology lead the viewer through the work. The large multimedia installation combined live footage with 3d animation and a series of sculptures, interweaving screens, sounds and objects. These elements came together to disrupt the viewer’s sense of space and to explore the bind of technology, the social contract that we have unknowingly or knowingly signed ourselves up to.

The installation began with an earlier work entitled Prompt that informs and contextualises much of the later video work. Prompt was shown on an apparatus that brings images of intimacy into the public sphere and mirrors gestures of display like swiping and consumption inherent in social media. Steel mesh was inserted throughout the installation for the viewer to negotiate. The mesh refers to the polygon (many angled shape) structures that underlie all 3D imagery, and the surveillance technology that maps the human face and body back into the digital. Fearon examines how the body is affected by technology at gates, ports, airports and borders; places where the body directly confronts the ramifications of surveillance.

relief afforded us the experience of navigating the artists’ studio practice via these unique interventions in the four galleries – an imposition of the digital on the real world that poses prescient observations of this time in history.

With thanks to the Arts Council for essential annual funding and to the OPW, Department of Social Protection and Kilkenny Local Authorities for additional assistance. 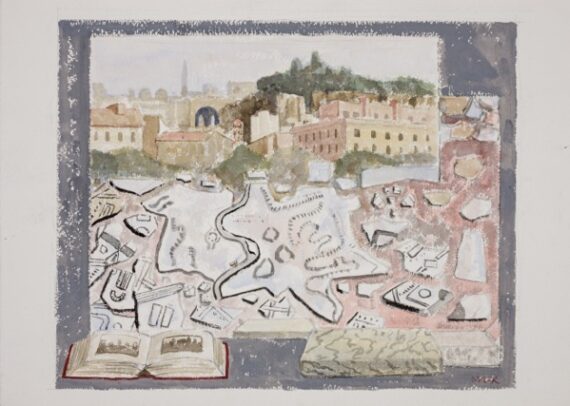