Butler Gallery is delighted to present The Disappointed Tourist, a series of over two hundred and fifty paintings inspired by the desire to repair what has been destroyed by the UK born, NYC-based artist Ellen Harvey.

The places immortalized in the paintings come from members of the public who sent them to the artist in response to the question "Is there a place that you would like to visit or revisit which no longer exists?" The project maps memories, locations that were the scene of traumatic events, ecological catastrophes, victims of gentrification, technological transformation or simply changes in fashionable tourist destinations . The formal inspiration for the project was both old postcards and the tradition of tourist painting - both pictures produced for wealthy tourists to take home, as well as touring ones that allowed viewers to experience distant places. In her series, the artist tries to restore what was lost, while recognizing the inadequacy of this procedure.

We live in a world that often feels as though it is vanishing before our eyes. Places we love disappear. Places we have hoped to visit cease to exist. The forces of war, time, ideology, greed and natural disaster are constantly remaking places that we love but cannot control or save. The Disappointed Tourist is inspired by the urge to repair what has been broken. It makes symbolic restitution, literally remaking lost sites, at the same time that it acknowledges the inadequacy of such restitution. It is inspired both by old postcards and by the tradition of tourist painting – both the paintings produced for wealthy tourists to take home and the touring paintings that allowed pre-photographic viewers to experience far-off places. It attempts to honor the trauma underlying the nostalgia that results from our collective and individual losses, while celebrating the human attachment to places both real and aspirational. It tries to create a level playing field in which personal losses and larger cultural losses can meet and be recognized and create a new conversation about our love for our physical environment.
Ellen Harvey, 2021

Ellen Harvey is a British-American conceptual artist. She lives and works in New York. She is a graduate of the Whitney Independent Study Program, Yale Law School and Harvard College. She attended the Berlin Hochschule der Kunste in Germany. She has won numerous awards, including the Smithsonian Artists Research Fellowship, George A. & Eliza Gardener Howard Foundation Fellowship, the Wivina Demeester Prize for Commissioned Public Art, and the John Simon Guggenheim Foundation Fellowship.

IS THERE A PLACE THAT YOU WANT TO VISIT OR REVISIT THAT NO LONGER EXISTS?

If so, please consider submitting it to be painted for our upcoming exhibition.

Ellen Harvey has spent the last couple of years painting lost sites submitted by members of the public for her project The Disappointed Tourist, which will be on view at Butler Gallery from April 15 – May 28, 2023.

The site need not be famous – just some place that is special to you and that no longer exists. It can be a site that disappeared before you were born or some place that you loved to visit or had always wanted to visit. It needn’t be a building – it can be a natural site or even a tree. It can even be a place that never existed. 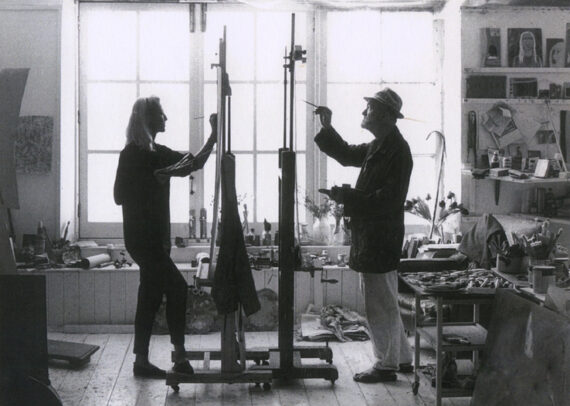