The Butler Gallery was delighted to present Susan MacWilliam: MODERN EXPERIMENTS, the largest and most comprehensive exhibition of Susan MacWilliam’s work to date. This exhibition was curated by Riann Coulter, Curator of the F.E. McWilliam Gallery & Studio, Banbridge, Northern Ireland. The exhibition previewed on Saturday 28th October and was opened by Anya von Gosseln, Co-founder of Kamera ∞.

Modern Experiments presented key pieces from the artist’s career with a focus on works created from 1998 onward when the artist started working with video. Since then, MacWilliam’s work has investigated obscure and overlooked histories, and cases of perceptual and paranormal phenomena. Using anecdote, reconstruction, forms of portraiture, and detailed editing, she has made work about mediumship,ectoplasm, x-ray vision, telepathy, table tilting, clairvoyance, and dermo-optical perception.

The work presented in Modern Experiments formed a unique and significant body of material exploring peripheral subjects, and those that are beyond mainstream scientific and psychological study. The exhibition featured videos and video installations including The Last Person, 1998 (shortlisted for IMMA Glen Dimplex Artists Award 1999), F-L-A-M-M-A-R-I-O-N, 2009 (exhibited at the 53rd Venice Biennale) and KATHLEEN, 2014 (Derry-Londonderry City of Culture Commission), alongside other aspects of her diverse practice, including photographic works, stereoscopes, neon and sculptural works such as Book Spheres, 2014.

Born in Belfast and based between Belfast and Dublin, where she teaches at the National College of Art and Design, Susan MacWilliam has exhibited nationally and internationally with solo shows in Dublin, London, Derby, Manchester, New York and Victoria B.C. She is represented by CONNERSMITH, Washington, DC.

While MacWilliam has exhibited in both Northern Ireland and the Republic, this exhibition will be the first opportunity for audiences throughout Ireland to see her key works together, and to gain an extensive overview of her practice. Initiated and curated by Riann Coulter, F.E. McWilliam Gallery and Studio, Banbridge, Co. Down (10 September – 26 November 2016), this exhibition is supported through the North South Touring and Dissemination scheme, a joint initiative by the Arts Council /An Chomhairle Ealaíon and the Arts Council of Northern Ireland, and has toured throughout 2017 – Highlanes Gallery, Drogheda (18 February – 8 April); Uillinn: West Cork Arts Centre, Skibbereen (9 September – 18 October).

Fostering cross-border collaboration and building on existing links between the F.E. McWilliam Gallery and institutions throughout Ireland, this tour offers a unique opportunity for audiences to experience a survey exhibition of one of Ireland’s most significant artists. 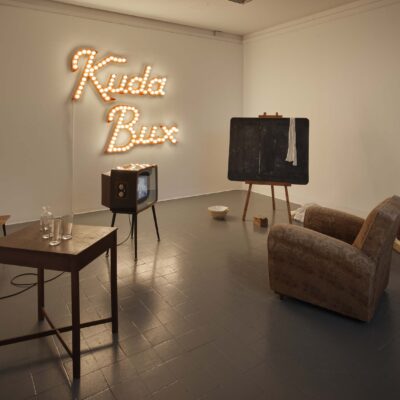 Song of the Sea: The Exhibition
Cartoon Saloon 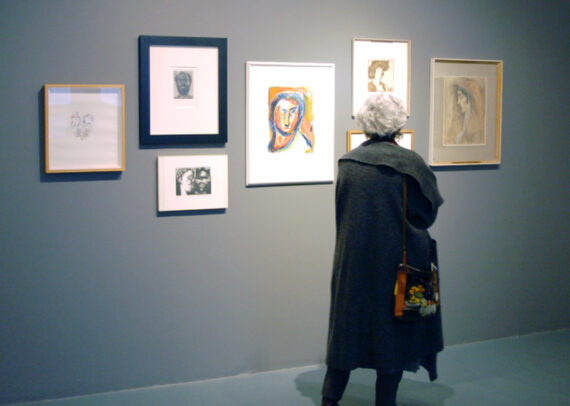