This body of work was made during Jordan’s one-year residency at the Tony O’Malley Studio on Bridge Street in Callan, County Kilkenny. Armed with a camera and intrepid walking legs, Jordan captured and recorded what she encountered on her frequent walks about Callan and the surrounding countryside. Carefully studying the assembled images back in the studio, tough decisions were made as to which to dedicate to painting.

Jordan was particularly struck by the vernacular architecture, both the remarkable and the unremarkable, encountered throughout the countryside. This eclectic miscellany of both public and domestic buildings is imbued with character and atmosphere. Familiar bungalows are made singular by their owner’s use of faux Georgian pillars or decorative stone cladding. A melancholic cottage sits abandoned and boarded up, just like so many others throughout this country. Jordan deftly captures a pink-hued sky just before the sun sets; a water tower, a church ruin, leafless trees, each are silhouetted against the late evening light. The unmistakable architecture of a local convent looms tall and makes its presence felt within the landscape. An empty football pitch borders a ghost estate, awaiting the animation of games to come.

Tony O’Malley’s early works captured the essence of his beloved Kilkenny. Eithne Jordan has taken her own path through his familiar landscape, tenderly responding in her inimitable way, distinguished by her particular eye and life experience.

Eithne Jordan was born in Dublin where she studied at Dun Laoghaire Institute of Art, Design & Technology. She was awarded a DAAD scholarship to study at the Hochschule der Künste in West Berlin, where she subsequently lived for several years. Since 1990 she has worked between Languedoc in the south of France and Ireland. This has been interspersed with residencies that have provided research material for her work: a three-month residency at the Centre Culturel Irlandais in Paris in 2005; a six-month residency at the Irish Museum of Modern Art (IMMA) in 2009, and her current year-long residency at the Tony O’Malley Studio Residency in Callan Co Kikenny. Jordan is a member of Aosdána and the Royal Hibernian Academy. She has exhibited extensively in Ireland and Europe and her work is in major public and private collections in Ireland, Europe and the USA. A forthcoming solo exhibition is scheduled for October 2017 at the Dublin City Gallery The Hugh Lane. 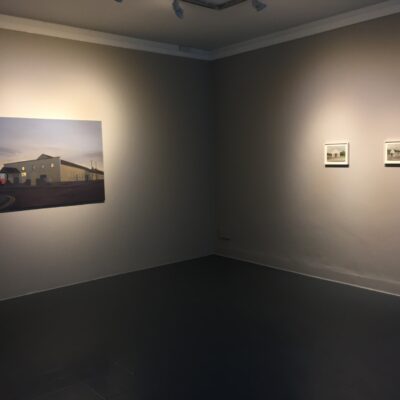